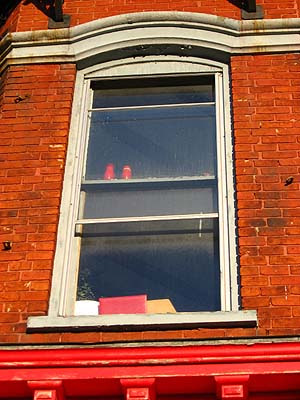 We had two days of staff meetings before my first day with students. The "Professional Development Days" as they were called, went by quickly. I spent the time getting to know the staff and learning about numerous school procedures. Mr. Charbonnet continued to be charismatic and the staff responded well to their new leader who dressed in snappy suits accented by colorful Save the Children ties which depicted children's artwork.

I got about two hours to set up my classroom which consisted of a pile of old desks and broken chairs. Later I learned that all of the good furniture had already been claimed by the veteran teachers and that new teachers got the old stuff and the problem children.

My assignment was fifth grade and the first day with my 33 students was a blur. There was a lot going on that day and frankly, my students ate me alive. I don't remember much and I am grateful for the small mercy of forgetting. Thinking back, I've realized that it's not just what you remember that's important, but also what you don't remember.

On the first day of school, one of my students got up from his seat and stood by the window. We were on the second floor and I asked him what he was doing. He shouted back that he was opening the window so that he could jump out of it and sue me. I wouldn't have taken him seriously except that he started to dangle one of his legs out of the window. This led to me pulling him back in, pandemonium breaking out in the classroom, and Mrs. Prentiss coming into the room.

When Mrs. Prentiss came in, the class went silent and the student who had tried to jump out the window began to cry.

If you are a teacher, what was your first day like?
Posted by Sabine da Silva